Last night, during the 19:30 ad break, More 4 ran a sting for their sister channel, 4Music. The surreal set included a QR code on a TV in the left hand corner and, in a change from previous televised QR codes, the voiceover dialogue was doing nothing more than hinting that the viewer "knew what to do". The code was onscreen for the majority of the 30 second sting. When scanned the code takes you (via a bit.ly shorturl) to an article on the 4Music site where you are congratulated for being tech-savvy and 'rewarded' with a free N-Dubz download. Sounds good, right? Almost. Just two minor points:

It's a shame to see a QR code campaign that looked promising to begin with, be let down yet again by the end result. 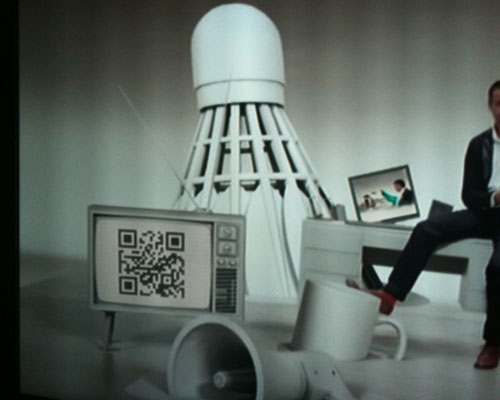