Interface builder and autolayout are arguably among the most useful features of Xcode. But with such a range of device sizes available, basic constraints don’t always cut it.

You are to develop a splash screen for a new app consisting of the main app logo in the centre with the two smaller logos in the bottom left and bottom right corners respectively. The design team have requested a 32 point margin between:

On a large screen your design looks great: 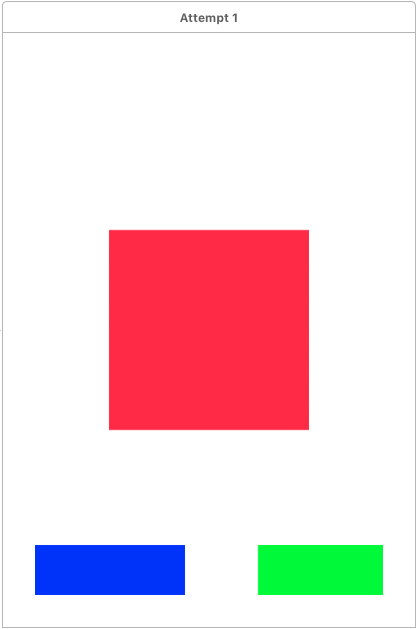 But then you decide to see how it looks on a narrower screen: 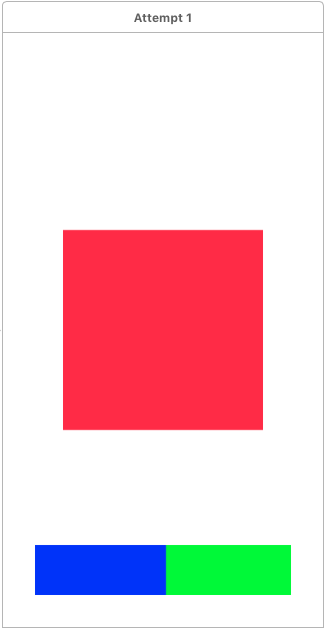 Uh oh! The bottom left and bottom right logos overlap! Back to the drawing board…

To ensure that the left and right logos don’t overlap, you decide to introduce spacer views between them. You create three spacer views (coloured here for visibility) and apply the corresponding constraints:

Now let’s see how this looks on various screen sizes: 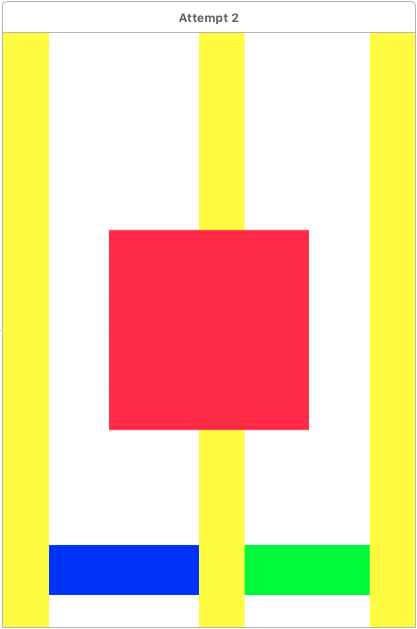 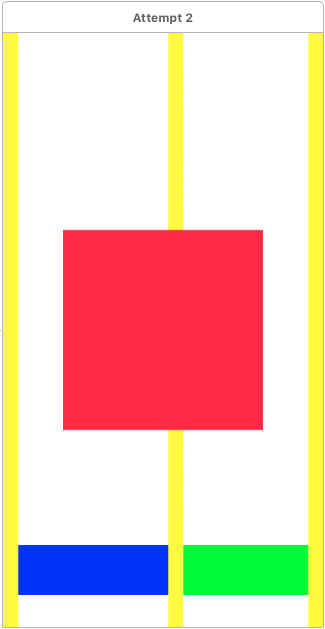 Hmm… not too bad... The design team are less impressed however and it looks like we’ve come as far as we can with basic constraints so now let’s take a look at priorities.

Depending on the width of the screen and of the logos, interface builder may be happy with this or may complain with auto layout errors. To enable this layout to work on a range of screen widths, reduce the priority of the left spacer view width from required (1000) to high (750). 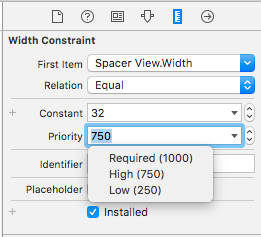 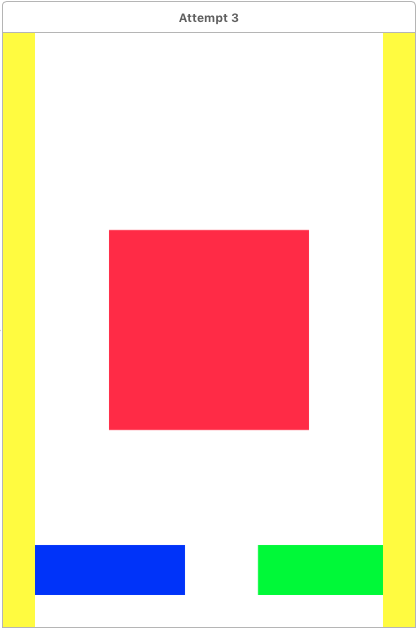 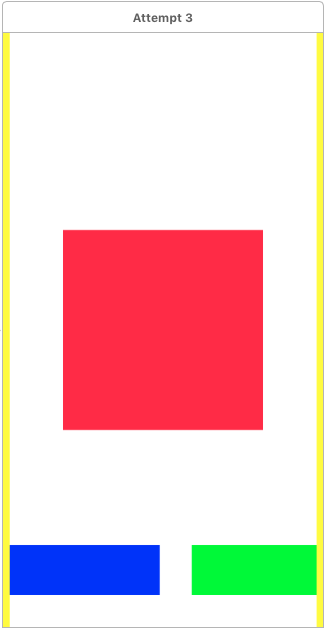 You still would like to maintain the 32 point logo-to-screen margins and the logo-logo spacing to be at least 32 point but this time when the screen becomes too narrow you want all margins to shrink. Remove all width constraints from the spacer views, put back the centre spacer view, and add constraints for:

With these new constraints: 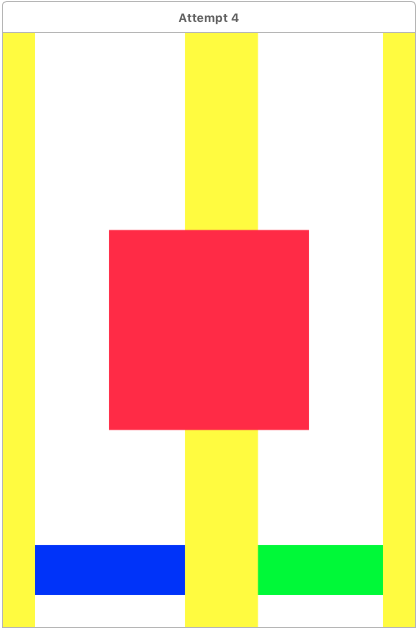 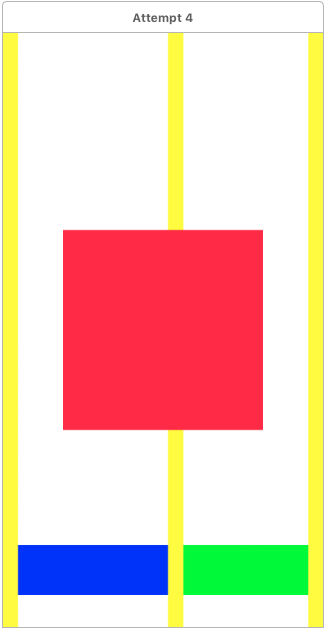 Again, the spacings are correct on a sufficiently wide screen and look a little better on a narrower screen, but maybe we could do better by adjusting the size of the logos too…

You now want to force the logo-to-screen margins to always be 32 point and maintain a minimum logo-logo spacing of 32 point but to compensate for a narrow screen width, instead the logos are to shrink. To start with:

This may seem to be enough to do what we are after, but on a narrow screen you’ll be presented with auto layout errors. But why? Although auto layout understands that it should shrink the width of the logos, it doesn’t know how to shrink them because they have equal priorities. If you were to change the priority of one width constraint to 751 then autolayout would know to shrink the other one. But how to make them both shrink? 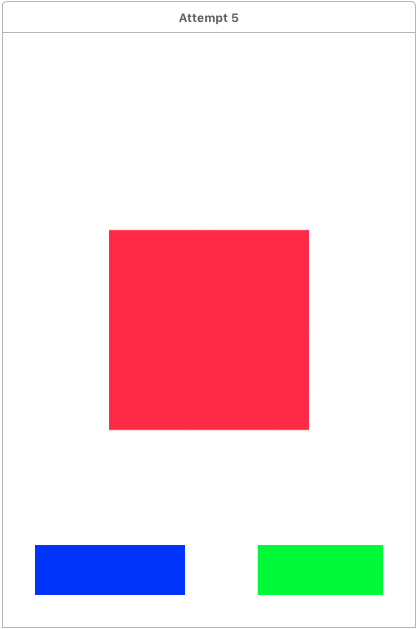 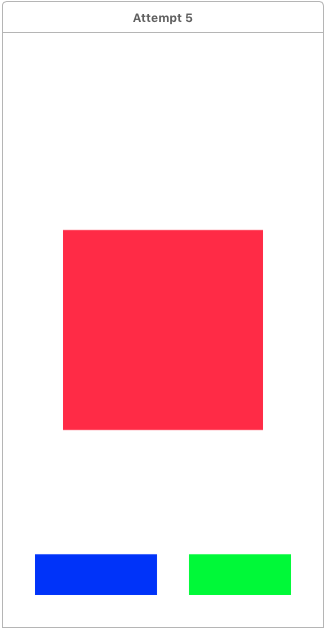 From here, the next step could be to extend attempt 5 to restrict how much the logos are allowed to shrink and then the margins would change width to compensate but that can be left as an exercise to the reader. Priorities are a useful feature of auto layout constraints and it takes careful thought (or trial and error!) to get them right. Don’t forget to check out the example project and run on a large screen device or simulator which demonstrates these examples.