We've had quite a lot of feedback about Optiscan, from various sources. Where possible we've replied, but in some cases email addresses haven't been correct, and in others no reply is possible -- such as on the App Store Reviews. We're currently working on an update for Optiscan which will include the following features: 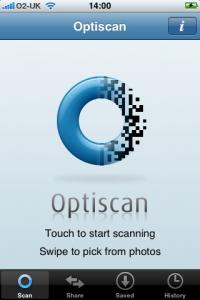 We are, of course, still collecting feedback at optiscan-feedback@airsource.co.uk