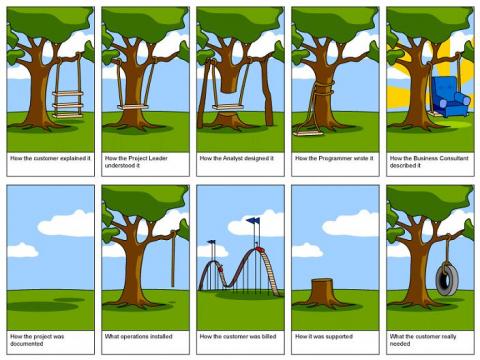 Just occasionally, I run into the kind of comment on a technical forum that leaves me speechless (or, more correctly, reaching for my keyboard). This is one of them:

"in BREW, one has to use char pointers rather than large arrays"

in response to a question someone asked about memory corruption of their applet structure in a BREW program. Digging deep into the mindset of the person who wrote this comment, I speculate that a mentor once told him to use a pointer rather than a large array. That's a perfectly solid piece of technical guidance in context, because BREW has a relatively small stack, and allocating large amounts of memory on the stack is therefore a recipe for disaster. That was what the mentor meant. What the programmer actually heard - and subsequently repeated - was "don't use large arrays", which demonstrates a reasonably poor understanding of the differences - and similarities - between arrays and pointers in C.

I take three lessons out of this:

Now, just to be clear: